Artists are the economic revitalizers of depleted communities. They transform them with visionary skill. With rising rents in NYC and the boroughs, many creative’s have been making their way up to the country and we benefit.

In Dover Plains this month two NY curators, recent art grads, pair seventeen emerging artists in a wide ranging sculptural survey that highlights a re-imagining of our old barns and farms. Amanda Brown andStephanie Del Carpio have placed a diversity of artworks at the 5 Harts Road venue just south of Dover Plains off of route 22. “We are interested in creating exhibition opportunities for younger or emerging artists through the use of underused spaces,” said Del Carpio.

This is their third curatorial collaboration. Last year’s show was in Bangall, NY in the old Bangall Whaler, a building that dates back to 1832 that had been vacant for several years. The owner, fearful of successive historic buildings in the neighborhood being demolished, invited the two curators to use his space. Del Carpio and Brown visited the Wassaic Project, another re-imagined farm space for inspiration. They invited and asked for nominations from artists. As a result, the ArtBangall merged 38 artists in the empty building and was so successful in transforming the interior that members of the community have come forth with interest in using the space.

Entering the old hay barn of 5 Harts Road, undulating ceramic forms by Rebecca Manson rest on faux cardboard pedestals and a model of an enlarged hipbone dangles with two bullets from the corridor ceiling by JonathanDurham, both sculptures hinting at mortal fragility. A pair of mysteriously abstract paintings by llana Savdie grace a small section of lime washed wall facing a melted wax mechanical construct of Justin Cloud. In an animal stall with remnants of hay still squeezed between boards, Noa Ginzberg’s mixed media yarn shrine has suspended peepholes to playfully enhance the perception of light. Upstairs are whimsical light sculptures by Angela Alba, and a wintry video projected upon an explosion of large canvas fragments by Michelle O’Connell. Anne Wu has fabricated two life-sized architectural replicas of city stoops facing each other with embedded cultural references and between the rafters of the cavernous barn, perhaps in the cleverest response to the building, hangs fringe and ribbons, echoing the slivers of light and pattern, by Carolin Wood.

There is plenty to see and the curators are hoping visitors find an array of work that can reference the body or shed new light on synthetic manufacturing. There are no labels or excess of literature to help you out. This is not the Whitney Biennial. It is a re-imagining of space in the context of art.

Open and free on weekends. The closing event on August 10th will include a performance within a work by of EleniGiannopoulou, whose tenuously built and slowly collapsing tent speaks of migration issues .
In addition to the hay barn installation, 5 Harts Road has interesting grounds to wander, including a school bus turned retro-lounge, a giant fire pit, and a possible pop up antique sale on the closing weekend. For more information check out surveysurvey.art
Posted by Showing Up for the Muse at 6:49 AM

Subscribe to Showing up for the Muse by Email

Showing Up for the Muse

this is my chicklet chooser 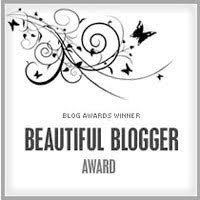